What Does the Dow’s Record High Really Mean?

22 Mar What Does the Dow’s Record High Really Mean? 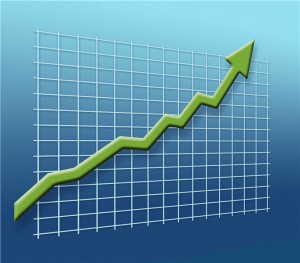 Does it signal anything more than bullish sentiment?

For many Americans, the Dow equals the stock market, and the stock market is a direct product of the economy. It doesn’t quite work that way, of course. Right now, it is worth examining some of the factors that have driven the Dow to its series of record closes. Does the Dow’s impressive winter rally signal anything more than unbridled bullish enthusiasm?

The small picture. Investors should remember that the Dow Jones Industrial Average includes just 30 stocks – 30 closely watched stocks, to be sure, but still just 30 of roughly 2,800 companies listed on the New York Stock Exchange. The S&P 500, with its 500 components, is considered a better measure of the market. When you hear or read that “stocks advanced today” or “stocks retreated this afternoon”, the reference is to the S&P. As the Dow kept settling at all-time peaks in early March, the S&P was consistently wrapping up trading days at 5-year highs but still remained about 2% off its 2007 record close.2,3

You could argue that the Dow is even less representative of the broad stock market than it once was. In 2007, Kraft, Citigroup and General Motors were among the blue chips; since then, they’ve been tossed out and the index has gotten a little more tech-heavy.1

The big picture. The Dow surpassed its old record thanks to many factors – the resurgent housing market, the Institute for Supply Management’s February purchasing managers indices showing stronger expansion in the manufacturing and service sectors, an encouraging ADP employment report, and of course earnings. Perhaps the most influential factor, however, is central bank policy. The Federal Reserve’s ongoing bond-buying has stimulated the real estate industry, the market and the overall economy, and fueled the DJIA’s ascent. The parallel, open-ended effort of the European Central Bank has diminished some of the anxiety over the future of the euro. In early March, the ECB and the Bank of England again refrained from adjusting interest rates and ECB president Mario Draghi mentioned the need for the bank to retain an “accommodative” policy mode until the eurozone economy sufficiently improves.3

In the big picture, two perceptions are moving the market higher. One is the conclusive belief that the recession is over. The other is the assumption that the Fed will keep easing for a year or more. Pair those thoughts together, and you have grounds for sustained bullish sentiment.

How high could the Dow go? Any time the Dow flirts with or reaches a new record high, bears caution that a pullback is next. Though many analysts feel stocks are fairly valued at the moment, a combination of headlines could inspire a retreat – but not necessarily a correction, or a replay of the last bear market.

While the market has soared in the first quarter, the economy grew just 0.1% in the fourth quarter by the federal government’s most recent estimate. That may have given some investors pause: the Investment Company Institute said that $1.13 billion left U.S. stock funds in the week of February 25-March 1, which either amounts to bad timing, an aberration (as it was the first outflow ICI recorded this year), profit-taking or skittishness.7

If the Dow hits 14,500 or 15,000, that won’t confirm that the economy has fully healed or that the current bull market will last X number of years longer. It will be good for Wall Street’s morale, however, and Main Street certainly takes note of that. Lazard Capital Markets managing director Art Hogan seemed to speak for the status quo in a recent CNBC.com article: “We’re certainly in an environment where good news is great and bad news is just okay. The market has just found the path of least resistance to the upside in the near term and it’s hard to find something to knock it off there.”7

Kevin M. Nast is a Financial Planner with Transamerica Financial Advisors, Inc. in Farmington Hills, MI 48334. He may be reached at www.Map2Finance.com  or 248.347.1888. Kevin also services clients in Novi, MI 48374 and the surrounding metro Detroit area as well as 11 additional states across the US.