How Could a Fed Rate Hike Affect Retirees?

16 Feb How Could a Fed Rate Hike Affect Retirees? 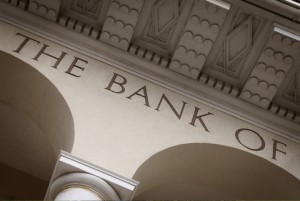 As the central bank starts tightening, some positives & negatives may emerge.

Economists widely expect the Federal Reserve to raise interest rates this month. Additional incremental rate hikes may follow in 2016. If you are retired (or soon will be), you will want to consider what gradually higher interest rates could mean for you financially.

Some of the effects are already being felt. Glancing at Freddie Mac’s weekly surveys, average interest rates for fixed-rate home loans climbed about 0.2% between October 8 and December 10 on assumptions of the federal funds rate rising. (Bond market behavior influences these rates as much as the yield on the 10-year Treasury.) Interest rates on other types of home loans increased less in that interval, but any upward move by the Fed could quickly send them north.1

As the price of money rises, it will cost more to use a credit card. When the federal funds rate rises, credit card issuers quickly adjust their interest rates upward. Retirees who routinely pay down the whole balance on their cards every month will be less impacted than those who let outstanding balances linger.2

Yields on fixed-rate investments are poised to improve. Risk-averse retirees may finally start to see appreciable rewards on such vehicles with a higher federal funds rate, especially if the Fed makes two or three more upward moves in 2016.

Retirees may see a great chance to exploit a laddered approach with fixed-income investments. By spreading their money over a few such investments with overlapping maturity dates, they can take advantage of the resulting liquidity and flexibility and reinvest money at the end of a maturity term into a subsequent fixed-income vehicle with a higher interest rate.

Long-term bond values are poised to fall. This is a basic outcome of a rising interest rate environment, and warnings about major oncoming losses in the bond market have been sounded for years. Retirees with an eye on the Barclays U.S. Aggregate Bond Index can take heart in the knowledge that historically, deteriorations in bond prices have been more than offset by the Index’s increases in yield.3

Bond yields, on the other hand, are poised to rise. Total returns on the Barclays U.S. Aggregate Bond Index have indeed diminished this year, although they are not yet in the red. In 2014, the index’s total return was 5.97%; as of December 9, it was 0.95% YTD. That could improve in the near term, for the index will be adding newer bonds over time with presumably higher yields to replace maturing bonds, thereby improving the average yield of the overall index.3,4

How will Wall Street react? One school of thought believes that higher rates will amount to a powerful headwind; another says the market has largely priced a December rate hike in, and will handle successive adjustments calmly. Opinions of equity strategists and fund managers meeting for USA TODAY’s December roundtable varied greatly – some saw the S&P 500 making no progress at all in 2016, others felt that a double-digit advance could happen.5

Bearish analysts note two factors that may slow the bulls to a trot. Rising borrowing costs for public companies could cut into their profits and thereby hurt their share prices, and if Treasury yields grow more attractive, appetite for risk might lessen. Bullish analysts are countering with the opinion that rising rates go hand in hand with an improving economy, one characterized by better cash flows, higher revenues, and higher corporate profits. As long as the Fed refrains from tightening too abruptly, they argue, 2016 could be a good year on Wall Street.2,5,6

A federal funds increase may affect retirees in other ways. Those retirees who are paying off private student loans (either those of their children, or their own) will contend with higher interest rates on those loans, as those rates ride on movements in the prime rate. The same goes for auto loans and other forms of short-term consumer borrowing.2

They may also affect your community, the goods and services going into and out of it, and your travel plans. Retirees that invest conservatively with a large cash position may have more money to spend, translating to an economic bump in retiree-heavy towns and regions. Imports to the U.S. will become cheaper. Also, retirees may find overseas travel less costly in the near future. Once Treasuries yield more, more foreign investment dollars will start to pour into the U.S.; that makes for a stronger dollar, to the benefit of Americans vacationing abroad.2,6

So, there are upsides & downsides to higher interest rates for retirees. One thing is for certain: interest rates cannot stay at historic lows forever. When the Fed adjusts them upward, investors and economists across the world will react – and then move on.

Kevin M. Nast is a Financial Advisors and the President of NastGroup Financial in Northville, MI 48167. He may be reached at nastgroupfinancial.com or 248.347.1888. Kevin also services clients in Westland, Northville, Plymouth, Belleville, Brighton and the surrounding metro Detroit area as well as 13 additional states across the US.