What If America Shatters Its Debt Ceiling?

09 Oct What If America Shatters Its Debt Ceiling? 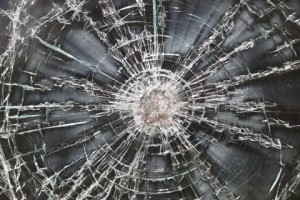 The global economic consequences could be severe.

In October, America may risk running out of cash. Treasury Secretary Jacob Lew recently urged Congress to lift the federal debt limit before October 17. Secretary Lew claims that if nothing is done by that date, the Treasury will have only about $30 billion in available cash to pay down as much as $60 billion in daily net expenditures. The nonpartisan Congressional Budget Office has a slightly different opinion: it believes that the government will run out of free cash sometime between October 22 and November 1 if a stalemate persists on Capitol Hill.1,2

Many Americans may confuse the impasse over the debt ceiling with the sparring over the federal budget, which has made headlines all September. October 1 was set as a deadline for Congress to pass a stopgap funding measure to avoid possible shutdowns of certain federal agencies. The debt ceiling could be breached in mid-October. Technically speaking, the debt limit was already hit on May 19, with the Treasury Department taking what Secretary Lew calls “extraordinary measures” to keep enough cash on hand, such as dipping into exchange-rate funds.1,2

America has never defaulted on its debt before; what would happen if it did? No one particularly wants to find out. “Any delay in raising the debt ceiling would have dire economic consequences,” respected Moody’s Analytics economist Mark Zandi testified in front of Congress last week. “Consumer, business and investor confidence would be hit hard, putting stock, bond and other financial markets into turmoil.”1

If the debt ceiling shatters, the Bipartisan Policy Center estimates that America would have enough cash on hand to pay 68% of its debt through the end of October. It would have to borrow to meet the $42 billion in Social Security and Medicare payments due in November.2

Global markets might get a systemic shock if America defaulted on bond payments. Investors might have one of their core assumptions upended – the assumption that Treasuries are the safest investment on earth.2

Couldn’t the government just partially pay its debts for a while? Could the Treasury pay off $30 billion in select debts each day and let other debts linger? This approach – known as prioritization – sounds reasonable, but it may not be doable.

The Washington Post reports that Treasury Department computers receive upward of 2 million invoices per day. Software confirms the math on them and greenlights the payment for each one of them, and this all happens dozens of times per second. According to the BPC, the federal government makes almost 100 million different monthly payments on its debt this way. Secretary Lew dismisses the approach; as he wrote in a letter to House Speaker John Boehner, “Any plan to prioritize some payments over others is simply default by another name.”2

Aren’t there some “end runs” the Treasury could make around the problem? In the (very) short term, the Treasury could simply let invoices pile up and delay payments for a particular day until it had enough cash to pay every debt obligation for that day. Or, the Office of Management & Budget could tell assorted federal agencies to slow down the rate of invoices headed to the Treasury, informing them that they would have to wait until later in the year to spend certain monies allocated to them (this is called “apportionment”).2

Two beyond-the-left-field-fence fixes have also been suggested: the possibility of President Obama declaring the debt ceiling unconstitutional under the 14th Amendment, and the idea to mint a $1 trillion coin.

Section 4 of the 14th Amendment says that “The validity of the public debt of the United States, authorized by law, including debts incurred for payments of pensions and bounties for services in suppressing insurrection or rebellion, shall not be questioned.” In 2011, White House legal advisers told President Obama that this 1868 reference to the repayment of Civil War liabilities had dubious value as a tool to lift the debt limit.3

Georgia lawyer Carlos Mucha gained fame in 2012 by proposing that the Treasury authorize the U.S. Mint to make a $1 trillion platinum coin which could be deposited at the Federal Reserve. Once deposited, Mucha claimed, the Fed could credit the federal government’s account for $1 trillion and everything would be solved. An obscure passage in the 1997 Omnibus Consolidated Appropriations Act supposedly provides a rationale for this; according to its author, Rep. Mike Castle (R-DE), the passage was written to help coin collectors. In January, Treasury Department spokesperson Anthony Coley told the Washington Post that “neither the Treasury Department nor the Federal Reserve believes that the law can or should be used to facilitate the production of platinum coins for the purpose of avoiding an increase in the debt limit.”4,5

The world waits & watches. As we get into October, the debt limit will become more and more of a global concern – one that will hopefully fade through negotiation and compromise.

Kevin M. Nast is a Wealth Manager and the President of NastGroup Financial in Northville, MI 48167. He may be reached at nastgroupfinancial.com or 248.347.1888. Kevin also services clients in Bloomfield Hills, Farmington Hills, South Lyon, Canton, Novi and the surrounding metro Detroit area as well as 13 additional states across the US.