09 Aug AFTER THE DOWNGRADE 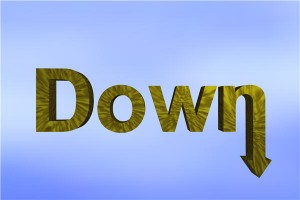 Unprecedented and unsettling. Standard & Poor’s issued a historic downgrade of U.S. debt on August 5, sensibly waiting until the market week had concluded to send a shock wave toward global investors. It reduced America’s long-term debt rating – which had been AAA since 1941 – to AA+.1

S&P felt Congress did too little too late. The credit rating agency had threatened to lower the boom if Congress passed any deficit reduction plan smaller than $4 trillion in scope. The Budget Control Act of 2011 “falls short of what, in our view, would be necessary to stabilize the government’s medium-term debt dynamics,” an S&P statement noted. It also retained its “negative” credit outlook on the U.S.2

S&P is also skeptical that the federal government can collect more money from taxpayers. Its analysts do not think the Bush-era tax cuts will sunset at the end of 2012 “because the majority of Republicans in Congress continue to resist any measure that would raise revenues.”2

On August 5, S&P sovereign ratings committee chair John Chambers told Fox News that the new AA+ rating could be cut to AA within 6-24 months if the U.S. doesn’t arrange to slash $4 trillion from its deficit in the next decade. The implication: Congress better agree on more cuts by February.3

China’s comments. The world’s largest holder of U.S. debt issued a withering critique of Congress through Xinhua, its official news agency. The state commentary stressed that the U.S. has a “debt addiction” only curable via major cuts to defense spending and entitlement programs. It also said that the option of a “new, stable and secured global reserve currency” should be explored.4

The Treasury’s claim. Friday evening, the Treasury argued that S&P’s analysis contained an accounting error that unnecessarily added $2 trillion to its projection of U.S. debt. S&P admitted the error but stuck with the downgrade.1

So what happens now? The early August global response aside, analysts are divided as to what the short-term impact might be for the American economy. Could it cripple the recovery, or just prove inconvenient to it?

Demand was big for Treasury notes even before the threatened downgrade and Treasuries still symbolize comparative safety to institutional investors, so an August selloff might be short-lived. If this turns out to be the case, the effect on interest rates might be less significant than feared.

In the opinion of JPMorgan Chase analysts, Treasury yields could increase by 60-70 basis points as a result of the downgrade, translating to $100 billion in added annual borrowing costs for America. Citing Federal Reserve research, these analysts think that an increase of 50 basis points in Treasury yields (0.5%) could take a 0.4% bite out of U.S. GDP.2

Could the Fed launch QE3*? The possibility exists, particularly if foreign investors ditch dollar assets. The Fed’s Open Market Committee will make an announcement on August 9, and few analysts expect another wave of bond buying – but it is an option.

When might the U.S. recapture its AAA rating? It might take years for that to happen. S&P has cited political gridlock on Capitol Hill as a major reason for the downgrade, and it doesn’t see that going away in upcoming months. On top of that, the U.S. economy expanded just 1.3% in the first half of 2011 – about half the pace needed to dispel the lingering effects of recession.5

Are mortgage rates going to go north? Maybe; maybe not. Rates on conventional mortgages have a direct relationship with 10-year Treasury yields. Recently, those yields have dramatically fallen, and demand for longer-term Treasury notes has been palpable. Interest rates on auto loans might see a spike, as those rates are pegged to 2-year notes and factors like the LIBOR rate. The hardest hit might come from credit card issuers. Credit card interest rates reflect the prime rate. Credit.com credit card advisor Beverly Blair Harzog told CNNMoney that she believed credit card firms could possibly jack up rates 1-5% as a result of jitters over the downgrade.6

Wall Street might sail through this. Does that sound far-fetched? Look at some historical examples. S&P downgraded Canada’s AAA credit rating in the spring of 1993, yet Canadian stocks gained 15% in 1994 and our northern neighbor had its AAA rating back by 1997. Moody’s Investors Service downgraded Japan in November 1998 and its stock market advanced more than 25% in the next 12 months. Italy, Canada, Ireland, Japan, Belgium and Spain have all suffered S&P downgrades from AAA, and most of these cuts had little sustained impact on government bond yields.6,7

What’s your outlook? You might be considering some major moves in the wake of the S&P decision. Remember that impulsive decisions are often regretted down the line. Confer with the financial professional you trust to determine what you may (and may not) want to do.

Kevin M. Nast is a Financial Advisor and the President of NastGroup Financial in Northville, MI 48167. He may be reached at nastgroupfinancial.com or 248.347.1888. Kevin also services clients in Northville, Brighton, Livonia, Canton, Wixom and the surrounding metro Detroit area as well as 13 additional states across the US.