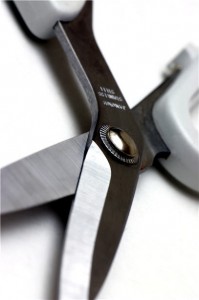 If federal budget cuts occur March 1, how might they be felt economically?

On March 1, $85 billion in federal budget cuts are supposed to take place – and it doesn’t look like they will be delayed any longer. Congress went on recess last week, so there was no concerted legislative effort to stave them off (in the manner of the fiscal cliff deal).1

At this point, the cuts seem inescapable. How might they impact Main Street and Wall Street?

Is Main Street all that worried about the cuts? A February Pew Research Center poll found that 29% of Americans didn’t even know about the sequester, while 40% said that they should be allowed to happen. Eyeing the poll results a bit more, a big picture emerges – 70% of those polled indicated that legislation to significantly reduce the deficit should be a federal priority.2

Will the cuts damage the economy as deeply as some fear? In the White House Budget Office projection, defense programs will take a 13% cut, with $34 billion in belt-tightening by the Army, Navy and Air Force resulting in layoffs or furloughs for at least 450,000 people. USA TODAY research forecasts nearly 35,000 jobs being lost in Texas, and Maryland, Virginia and Alabama each suffering between 20,000-30,000 job losses.3,4

In addition, the White House projects a 9% reduction in spending for other federal programs, with job cuts or furloughs anticipated for INS, FDA, TSA and FAA employees (and myriad other federal workers), reduced jobless benefits for the long-term unemployed, and layoffs of 10,000 teachers and school employees, including some with the Head Start program.1,3

Less abstractly, what could this hit to growth mean for the business and housing sectors? In a February 21 New York Times article, George Mason University School of Public Policy professor Stephen Fuller estimated that 1.4 million private sector jobs might disappear in the wake of the cuts. Fuller, who testified before the House Small Business Committee on the possible effects of the sequester, thinks that small businesses could let over 700,000 employees go and absorb 34% of the job losses projected for federal contractors. He reminded the Times that suppliers and vendors to those contractors could also be hit hard.5

HUD Secretary Shaun Donovan believes the sequester would be “deeply destructive” to the real estate market. If FHA staff is reduced by 9%, that could hurt the agency’s ability to originate loans, process refis and sell foreclosed homes in its possession. (By the way, the average interest rate on a conventional home loan was 3.78% last week, according to the Mortgage Bankers Association. That’s a high unseen since August 2012.)6

Or will the cuts have less economic impact than commonly believed? Some analysts think the fear is overblown. As CNBC columnist Larry Kudlow recently pointed out, the $85 billion haircut slated for March 1 is to budget authority, not budget outlays. Actual federal budget outlays, according to the Congressional Budget Office, will only shrink by $44 billion – which is but 0.25% of GDP and 1.25% of the $3.6 trillion federal budget.7

Kudlow notes that while the sequester would trim the growth of federal spending, “it’s clear that it won’t result in economic Armageddon.” He argues that the sequester might actually have positive effects, for as “the government spending share of GDP declines, so does the true tax burden on the economy. As a result, more resources are left in the free-market private sector, which will promote real growth.”7

As for the markets, opinion varies. If the cuts occur, Nomura thinks that they will be undone by Congress within weeks. A Wells Fargo analysis concludes that “in the end we are not looking for a significant cut in government spending this year.” On the other hand, Credit Suisse sees a 0.5% reduction in U.S. GDP to 1.5%, and Macroeconomic Advisors thinks the jobless rate will creep up to 7.9% by the end of 2013 – a projection matching that of many economists, who see unemployment rising 0.2-0.3% this year with payrolls slimming by about 500,000 jobs.8

March 1 could be a very big day on Wall Street. If the sequestration happens as scheduled Friday, it won’t be the only major economic news item on tap: the February jobs report, February’s ISM manufacturing index, the January consumer spending report and the final February consumer sentiment index from the University of Michigan will all be out that day. If some of these reports surprise to the upside (or downside), there is a chance that they may pull focus from the (assumed) budget cuts. Or, if the cuts occur as slated, perhaps the market will price them in more than some analysts believe.

If the sequester delivers a serious economic punch, it could deter the Federal Reserve from any notions of phasing out QE3 this year or tinkering with interest rates in 2014. We shall see how the drama plays out in March and the months that follow.

Kevin M. Nast is a Financial Adviser and the President of NastGroup Financial in Northville, MI 48167. He may be reached at nastgroupfinancial.com or 248.347.1888. Kevin also services clients in Milford, Commerce Township, West Bloomfield, Auburn Hills, Westland and the surrounding metro Detroit area as well as 13 additional states across the US.