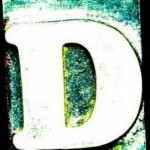 Is there a chance that America could actually default on its debt?

When will the debt ceiling issue be solved? The NFL, the NBA, the EU, Congress … wherever you look, it seems people would rather wrangle these days than resolve their differences. The U.S. Treasury has set a hard deadline of August 2 for Congress to settle its divide on the federal debt ceiling, and if partisan bickering interferes, the world economy could suffer a severe hit.

What would happen if we miss the deadline? According to federal budget analysts at the Bipartisan Policy Center, the Treasury would only be able to make a slight majority of its 80 million monthly payments in August. Treasury Secretary Timothy Geithner would likely be put in the same position as a struggling consumer low on cash and behind on his bills: he would have to selectively decide which debts to pay for the month and which to ignore.1

Should August 2 come and go without a solution, Congress’s inaction (and Geithner’s subsequent decisions) would have dramatic global repercussions. Most likely his big priority would be to pay off bond investors so that a formal default wouldn’t occur. Yet even if these institutional investors are assuaged, the Treasury would still have to postpone millions of payments at home … payments to Social Security recipients, federal employees, contractors and soldiers possibly among them.1

So technically, America wouldn’t actually default come August 2 – certain federal payments would be delayed. The federal government’s existing revenue stream is decent enough so that it could still pay interest and principal on unpaid debts. 2

That said, the postponed federal payments would have a dramatic impact on cash flow, consumer spending, consumer credit and even interest rates.

S&P threatens to give America a D. The venerated credit rating agency says it will cut the U.S. debt rating from AAA all the way to D if the debt cap isn’t increased by the August deadline. (That’s right – the U.S. would go from the best credit rating to the worst.) Moody’s has indicated it would cut the U.S. rating to somewhere in the Aa range, which is three steps beneath its highest ranking.3

On Bloomberg Television, S&P sovereign rating committee chairman John Chambers warned that a U.S default would rock global markets in a way that would be “much more chaotic” than the shock from the 2008 Lehman Brothers bankruptcy. Fitch Ratings is less gloomy; on June 21, it characterized the U.S. as “very likely” to raise its debt ceiling before the deadline looms.3

It may just be a matter of time. This negotiation is ultimately like so many others: a ticking clock will exert the most leverage. Given the gravity of what could happen, concessions will inevitably occur, a deal should happen (albeit probably at the eleventh hour), and both sides will put their own spin on the agreement. Until then, a hint of tension haunts Wall Street.

Kevin M. Nast is a Financial Planner and the President of NastGroup Financial in Northville, MI 48167. He may be reached at nastgroupfinancial.com or 248.347.1888. Kevin also services clients in Farmington Hills, Bloomfield Hills, Auburn Hills, South Lyon, Westland and the surrounding metro Detroit area as well as 13 additional states across the US.

The opinion and views expressed in this article is for general information only and is not necessarily the opinion of Transamerica Financial Advisors, Inc.  It is not intended to provide specific advice or recommendations for any individual.