What is a College Degree Really Worth?

01 May What is a College Degree Really Worth? 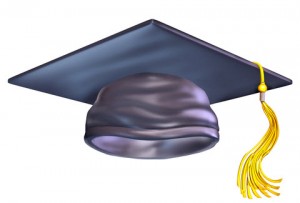 Is higher education really the prerequisite for success?

Do you need a college degree to succeed? That assumption is long-entrenched, and it isn’t hard to see a relationship between education and earning power. Yet the cost and debt linked to getting a degree are so significant now that some contrarians are saying “skip it” – go learn in the world rather than on campus, if you’re smart you’ll do just as well in life.

When and how did such a controversial idea emerge? It has gained momentum in the past decade, especially in the wake of Robert Kiyosaki’s Rich Dad, Poor Dad. The best-seller contends that while financial literacy is crucial for success, a college education is not. Kiyosaki compares what he learned from his “poor dad” (his father, a Ph.D. who became Hawaii’s superintendent of education yet struggled financially) with what he learned from his hazily identified “rich dad” (a high school dropout who became the richest man in Hawaii). You may be a fan of the book, or you may not be; its popularity can’t be dismissed.1

Peter Thiel, the co-founder of PayPal, raised eyebrows in 2011 when he paid 24 collegians $100,000 each to drop out and start up tech firms. In a New York Times op-ed piece that summer, Thiel said that “learning should be done throughout life, and technology creates more ways to learn every year”. He wrote that in the near future, a conventional four-year college education “will be revealed as an antiquated debt-fueled luxury good”. A year after letting the world know that a traditional college education was all but obsolete, Thiel signed up to teach at Stanford University. (He has both a B.A. and a J.D. from Stanford himself.)2

Financially, it may be risky to enter adult life without a degree. Kiyosaki and Thiel aside, you don’t find many successful people dismissing the value of a university education. Less-educated people generally earn less than well-educated people.

All you have to do is look at Census Bureau data to see the relationship between education and salary. On page 152 of the 2012 Statistical Abstract of the United States, we find Table 232, Mean Earnings by Highest Degree Earned. It says that in 2009 (the most recent survey year), the average high school graduate earned just $30,627. The average bachelor’s degree holder pulled down $56,665. The average Ph.D. earned $103,054, and those with professional degrees (i.e., law or medicine) earned an average of $127,803.3

You get more than earning potential out of the college experience. The traditional, liberal arts-grounded university education gives you a skill set for life – social skills, cultural literacy, and a refinement of critical thinking that is invaluable, in addition to what you learn in your major. The friendships made in college may last a lifetime as well, with a positive effect on your career path. You also have the chance to discover who you are, and to possibly live on your own for the first time.

Does a college degree make that much of a financial difference in life? Just look at the Census Bureau data. Look at the anecdotal evidence everywhere around you. You may not need a college degree to succeed, but it does help your chances.

Kevin M. Nast is a Financial Advisor and the President of NastGroup Financial in Northville, MI 48167. He may be reached at nastgroupfinancial.com or 248.347.1888. Kevin also services clients in Commerce Township, West Bloomfield, Auburn Hills, Westland, Belleville and the surrounding metro Detroit area as well as 13 additional states across the US.