CHANGES IN THE EU BRING ANXIETY TO WALL STREET

18 May CHANGES IN THE EU BRING ANXIETY TO WALL STREET 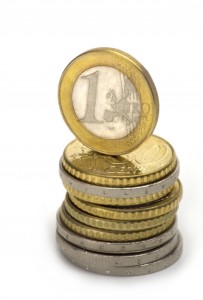 Will stocks face further headwinds, or sail strongly ahead?

Eurozone debt issues aren’t going away – in fact, it may be several years before the crisis ebbs. Here in May, we have a new development: leaders in Greece and France have been voted out of office, with the risk of jeopardizing the agreed-upon Greek bailout, the close alliance between Eurozone economic powerhouses France and Germany, and in the worst-case scenario, possibly even the European Union itself.

U.S. stocks retreated from May 7-11, perhaps in part because of the news from the Eurozone. The concern may be whether we are going to have a replay of 2011 – a new round of EU squabbling that will increase Wall Street volatility.

Some analysts think U.S. stocks can ride through these anxieties without much damage. Others wonder how “decoupled” we are from the crisis.

What’s going on in Greece? On May 6, Greece had a national election in which no majority party emerged. From May 7-11, three attempts were made to form a unity government; they all failed. Hopefully – by the time you read this – current Greek president Karolos Papoulias will have negotiated his way to a coalition. Or, the nation’s next president could turn out to be Alexis Tsipras, leader of the radical-left Syriza party that gained ground in the with voters on its pledge to fight the austerity cuts that the Greek government agreed to as part of the latest EU/IMF bailout. If no coalition emerges in the Greek parliament, there could be another national election in June.1,2

Greece made a deal with its bondholders months ago: they accepted write-downs on the bonds they held with the promise that those bonds would be swapped for new ones. If Greece backs out of this deal, who knows what happens. Some analysts think the hit would be primarily taken by Italy, Portgual and Spain – investors would probably call for higher interest rates on government bonds from these nations, which would push them further into debt. If investors pull their money out of the Spanish and Italian bond markets, Spain and Italy might end up needing bailouts.3

In the most severe scenario, Greece rejects the agreed-upon bailout deal and the euro along with it. That could lead to huge problems. A single rejection of the euro from an EU member might signal a deeply flawed currency. A perception of a failing euro would hurt the currency and the value of European equities and European bank debt; euro-denominated bonds would find fewer investors. So the global currency swap market could be damaged, with a multi-continent recession a possible consequence. Hopefully, things don’t go this far.3

What’s going on in France? President Nicolas Sarkozy lost a national election to Francois Hollande, a socialist who is widely considered a moderate. Hollande wants to see an economic stimulus for France even with the austerity measures coming, and he has indicated that he will propose the same thing for Germany when he meets with German chancellor Angela Merkel.3

Of course, Merkel and Sarkozy formed a united front these last couple of years – affirming their faith in the euro, helping to broker the Greek bailouts. Hollande and Merkel would seem to have immediate philosophical differences about fixing the EU economy, and any difference of philosophy between the leaders of the EU’s two most powerful economies doesn’t bode well for unity.

Defending the euro may be their most important task. It would be unimaginable to have one of the globe’s reserve currencies fall apart. If currency traders see a departing euro, then conditions would be right for another global credit crunch.

What does this mean for Wall Street? If the data stream from our recovering economy can drag Wall Street’s attention away from Europe – and if the EU and IMF leaders successfully hurdle this latest obstacle – then the impact on U.S. equities might be short-term.

Economists have warned of a fragmented Eurozone before, yet it has held together despite remarkable stress. Common ground was painful to reach, yet a feasible Greek bailout plan emerged from it. Now that common ground must be regained.

Kevin M. Nast is a Financial Planner and the President of NastGroup Financial in Northville, MI 48167. He may be reached at nastgroupfinancial.com or 248.347.1888. Kevin also services clients in Brighton, Livonia, Canton, Wixom, Milford and the surrounding metro Detroit area as well as 13 additional states across the US.